幼少の頃から沖縄の大自然に囲まれて育つ。漁師の祖父の影響で物心がつく前から海に飛び込み、アスリートの父の影響でSUPを始めた時期は記憶に無いほど、”海”は彼にとって欠かせないフィールド。将来はモロカイ世界チャンピオン、オリンピックで金メダルという夢を描きながら父の背中を追いかける。趣味は読書。得意な科目は図工と体育。小中一貫校、緑風学園時代には持久走大会では1年生から最終学年まで9連覇、小中最大の目標を達成し読書数は2000冊を越えた。今年春から高校進学。Shuri grew up surrounded by the great nature of Okinawa. He jumped into the ocean before he could remember because of his fisherman grandfather, and the time when he started SUP under the influence of his athlete father is an indispensable field for him. His future is Molokai World Champion, chasing his father's back as he paints his dream of a gold medal at the Olympics. His hobby is reading. His favorite subjects are arts and crafts and physical education. During his time at Ryokufu Gakuen, an integrated elementary and junior high school, he won nine straight victories in endurance races from the first year to the final year, achieving the biggest goal in elementary and middle school, and the number of books he had read exceeded 2,000. He will start high school this spring.

Hello everyone. This is Shuri Araki. My father and I traveled to London, England and Busan, South Korea from September 9th to 26th to participate in the 2nd and 3rd rounds of the APP World Tour, and returned home late last night. It was held on the two consecutive weekends.

I was 9th in London, and 3rd in Korea. This time it was a lot of learning that is more valuable than just a result. In England, the river Thames had currents at the end, but it was almost whole flat water race, and in Korea, there was waves and chops before, but no wind on the race day, and the water was 95% flat condition. Both short and long distances, your physique and physical strength directly affect your performance if it’s flat. As a 16-year-old, my physique, especially my lungs and heart, was still small compared to the elite adult athletes around me, so it was the most unfavorable condition for me, but I am convinced that even a 16-year-old can compete in the world if I can paddle with good balanced and efficient movement that I have been working with my father for long time. On the other hand, I clearly felt that I still have such a less power compared to adults. Also, in the SUP competition, where strict rules have not yet been established, I experienced the tough&ruthless professional world for the first time, and I was mentally driven, but everything was a good lesson.

I had a discussion with my father on the flight to Japan last night, but I'm not thinking about doing muscle training or doing cardio and lung exercises in front of the mirror all of a sudden because I don't have enough power. From now on, I will continue to do simple basic training and training to develop the mental strength to face fear and the ability to read the water; currents and wind that we can hardly see by our eye. My father told me, "It's easy to understand that  you'll become stronger if you push yourself harder, but you shouldn't be in a hurry to build up your power and make your body bigger than your mind and skills." Looking at the world today, there is a big difference between paddlers who are strong only in flat water and players who are good only in wind waves. There have been Japanese sup athletes who were world-class in flat water in the past, but once the sea gets rough, there is a big gap between Japanese paddlers and the rest of the world top class. As I always say, I aim to be a player who has as few weaknesses as possible, who can be dynamic in any condition."Results come after hard work." This is my father's motto. That's why now how can I race while making use of my skills even under unfavorable conditions? This is  very important for me now.

This time, I could understand the differences in movement and technique between the APP paddlers around me and myself. Next year and the year after that, when I'm 17-18 years old and my bone structure develops, there won't be any situations where I lose because I don't have enough power like I do now. By the time I reach the age of 20, when my muscular strength and bone structure are in balance, I would like to set my sights on the top of the world at the Olympics(hopefully).

The APP World Tour is very different from the world tournaments that are run independently. The water surface conditions vary in each country and region, and we have to deal with various weather conditions depending on the season. And the season is very long, so it is very difficult to manage physical condition and secure travel expenses.. This is the reason why the lineup and ranking of the players change so quickly every race.

This is the end of the first three rounds. I am currently ranked 4th in the world. The second half will be a three-game series between France, Spain, and Saudi Arabia. This time, the 3rd round in Korea was not attended by more than 10 top players from Europe and the Americas who are active in the world, so we were able to aim for a relatively high place. In the second half, the top players in the world, which I am aiming for, will participate. And it is expected that the season will change to winter and the surface of the water will become really rough.

Finally, the day after I arrived in London from Japan in two days, my father drove me a rental car for 12 hours in England, which was our first visit, to pick up my race board.(thank you Willy for letting me use your lovely board!!)Immediately after the race, it took 30 hours to travel from England to South Korea, but due to Queen Elizabeth's funeral, the container with all the players' boards did not arrive, so even after arriving in South Korea, he ran around looking for rental boards without rest.Huge thanks to my dad's support over the past more than two weeks, battling rental board stress and jet lag that are unimaginable, I was able to focus on recovering from jet lag. Thank you so much.

I was able to make it to the podium again this time, taking advantage of my sense of balance, which I have honed through training in the rough seas of Okinawa, and my ability to use my whole body to paddle. There were many tough moments in the races in both London and Korea, but I think I was able to come up with this result because I didn't give up my challenge with a strong will until the very end, overcoming the difference in physique. From now on, I will do my best in practice so that I can race more strong and challenge to world class top paddlers around the world. Lastly, We had to pay a lot for the trip. We are able to travel because of my supporters. Thank you so much for each and every one of our supporters.

Next, the All Japan Championship will be held in Kumamoto Prefecture on October 15-16. Three weeks from now, it will be my first domestic race in a long time. I will do my best to beat the same Japanese player Taguchi (19 years old) who lost in flatware condition this time. And in November, Puerto Rico hosts the ISA World Championships hosted by the World Surfing Federation. ISA is a very important race for me in the future, which will lead to the IOC (International Olympic Committee).The course of ISA is similar to the "Carolina Cup" in North Carolina, USA, which I participated in in April, and the rough sea and inland sea will be connected, so I want to show my ability.I'm 16 years old, so why not aim for the title in the ISA Junior Division (under 17 years old)? I've been challenged by older players since I was young, and now I feel more value in taking on challenges than junior titles. Just like APP, I will do my best to challenge the world's top players.

Next summer, the world's top ocean race, the M2O (Molokai-Oahu paddleboard world championship), will finally return for the first time in four years. With my ability of the very rough open ocean that I have trained since I was in 9years old in Okinawa-island, I would like to aim for the youngest M2O world champion in history book.

This time, I was able to overcome the difference in physique and climb to the podium by using my balance and ability to use my whole body to paddle. There were many tough moments in the races in both London and Korea, but I think I was able to come up with this result because I was able to challenge myself with a strong will until the very end. Thank you so much to all the supporters. I am deeply grateful to each and every one of you. In addition to the APP world tour, I will continue to challenge the world. I'll never give up in the second half of APP world tour!!

the youngest(15) ever to participate in the APP world tour 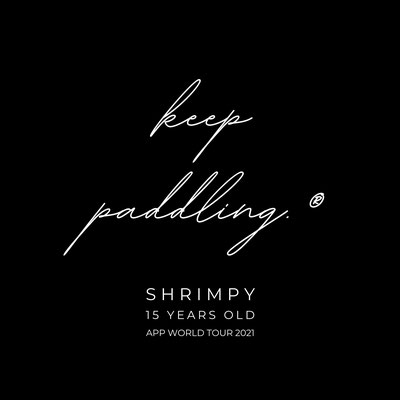 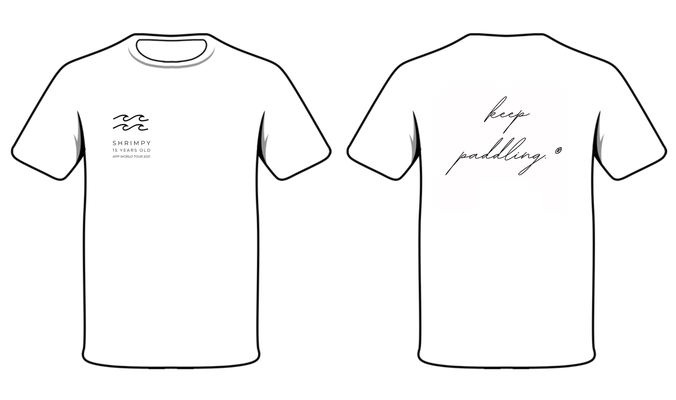